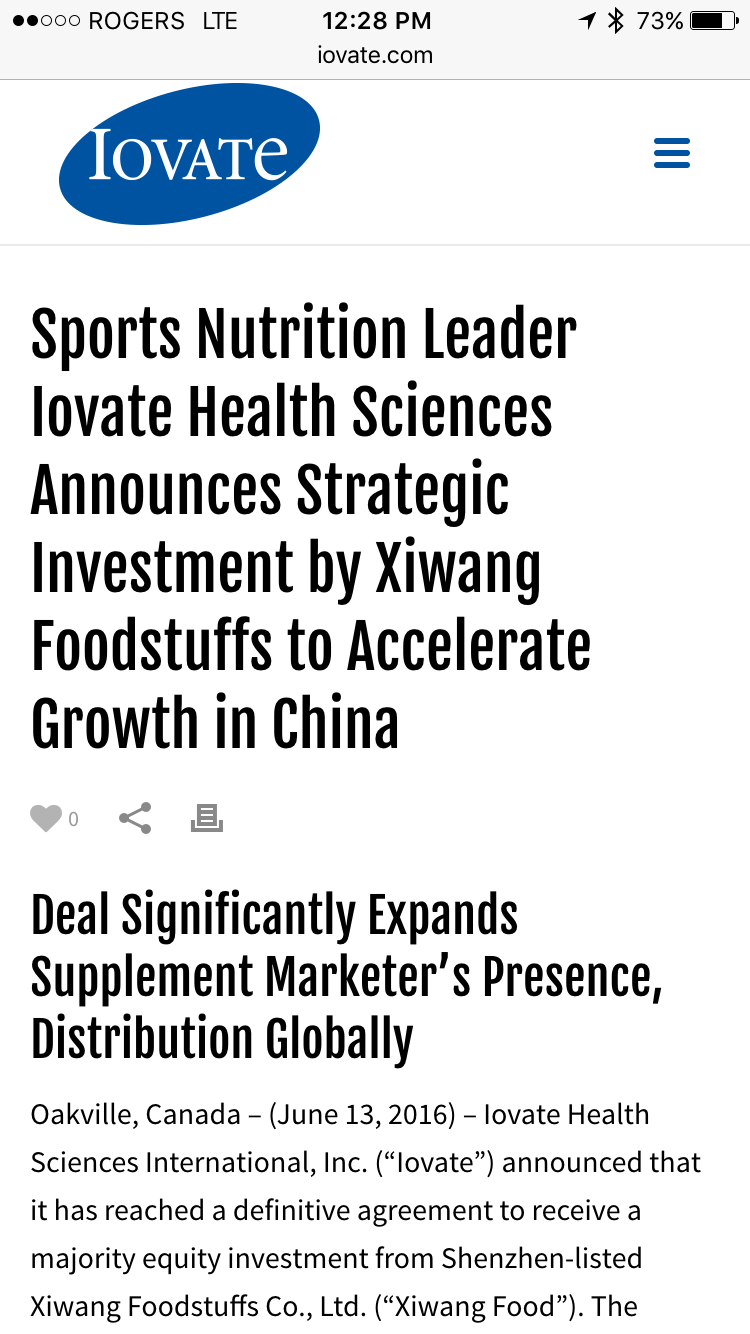 The deal values Iovate at $730 million, Xiwang said in a filing with the Shenzhen Stock Exchange Monday. Xiwang outbid a number of other Chinese buyout firms that had made offers for the business, people familiar with the matter said earlier.

Chinese consumers’ demand for dietary supplements is rising as higher incomes, and problems such as obesity and diabetes, drive a desire for healthier lifestyles. Iovate owns fitness supplement brands MuscleTech and Six Star Pro Nutrition, and has partnerships with Wal-Mart Stores Inc. and Walgreens Boots Alliance Inc., according to its website.

Iovate said it would keep its North American headquarters in Oakville, Canada, all key executives as well as 330 existing employees in place.

Can't find it. Anyone know their revenue for 2015? I'm curious what multiplier they got.

SaaS companies traditionally get a 8-12x multipler on the ARR.

Am I the only one that thinks $730 million are low?
Anything, just ask

it doesnt appear to it was a complete transfer of ownership, but a significantly majority share
Non-affiliated

Depends on their revenue and actual profit.

If they had a 5x multiplier on revenue that seems pretty damn generous.

Edit: I'd also wager they have a ton of competition and the margins aren't excellent. So add in that the market will only get more competitive, low barrier to entry it probably was a good deal.

They're not a tech company with an overinflated valuation.
SNS Forum Representative | Lift, Laugh, Repeat

TrainerTone said:
Saw this coming a mile away
Click to expand...

you mean the company who is taking over or the sale of the companies, I believe that's what you meant
Vein Nutrition Rep InstaGram Smith_69_16
https://www.veinnutrition.com/
Use code Smith10 for 10% off your order​