Donald Trump has sued Palm Beach County in Florida for $100 million and accused the county-run airport of deliberately sending air traffic over his historic mansion and private club.

Trump specifically called out the local airport director Bruce Pelly for diverting all departing flights over the Mar-a-Lago mansion, to seek revenge over a 20-year-old lawsuit.

"The county's and Bruce Pelly's efforts in this regard are both deliberate and malicious, and motivated by personal animosity towards Donald Trump," reads the lawsuit, which was filed in Palm Beach County Court on Jan. 6.

lol... and Devin Nunes is suing a fictional cow; twitter, and his alt-mom. 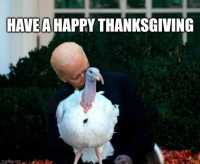