18 grams of whey before training increases your fat burning

Eighteen grams of whey before training increases your fat burning

You eat the same amount, and don't change your fat, protein or carbohydrate intake. But still you burn more fat and build up more muscle tissue. Yes, say researchers at Michigan State University, it's possible. All you have to do is time your protein intake a little better. Drink your shake before your training session, and watch what happens. 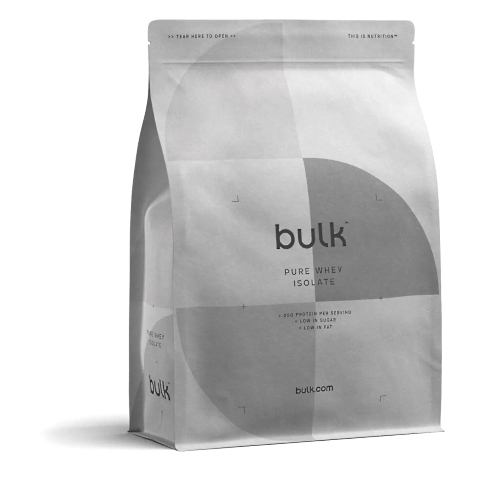 
​
This study is about EPOC, excess post-exercise oxygen consumption. EPOC stands for the extra energy that a body uses after an intensive training session. The EPOC right after the training session is determined by "elevated body temperature, resynthesis of glycogen from lactate, ion redistribution, replenishment of oxygen stores in blood and muscle, resynthesis of adenosine triphosphate and creatine phosphate, increased circulation and ventilation, and residual hormone effects", the researchers write.


​
The researchers wanted to know whether it makes a difference if you consume extra proteins just before training. They already knew that your EPOC is lower if you are on a diet. So the researchers measured the energy expenditure of 8 test subjects [5 men, 3 women] who did regular strength training. The measurements were taken over a period of 4 days. The test subjects trained on day 2.

The rise in energy expenditure, the Americans discovered, was accompanied by a rise in fat burning. It seems that the simple whey shake before training raises not only the production of muscle tissue, but also fat burning.

The table below shows how much energy, fat, protein and carbohydrates the test subjects ate in total. The protein shake group did not eat more proteins over the course of the day than the carb shake group. The athletes' protein intake was on the modest side anyway.


​
"Ingesting protein prior to heavy resistance training may be a simple yet effective strategy in order to increase energy expenditure", the researchers conclude. "Over time consistent increases in post-exercise resting energy expenditure could facilitate reductions in body fat mass and improve body composition if energy intake is controlled."


The protein shake the researchers used contained whey. Whey is a fast protein. You see an amino peak in the blood within ninety minutes after consumption. Perhaps you need to consume slower proteins, such as casein, longer than 20 minutes before you start to train if you want to achieve an effect like the ones the Americans report.

We would really need to know the timing of the other protein meals as well as how taking the whey 1,2,4, 6 hours before and after impacts to gain real understanding. That said i always drink about 40g of whey protein throughout the workout to ensure regardless of what i ate before or will eat after that i will have sufficient aminos for maximal recovery.
You must log in or register to reply here.
Share:
Facebook Reddit Pinterest Email Link