Some nice pulling I am sure you can break into the 600 club, just keep that effort up and stay healthy! Congrats on being back home!
Live Hard, Laugh Hard, Love Hard and Heal Fast! - KLEEN
Current Training Log -​
http://anabolicminds.com/forum/workout-logs/276206-kleen-strong-body.html

260 pounds of twisted steel and sex appeal! There’s abs in there somewhere after all.

Hyde said:
260 pounds of twisted steel and sex appeal! There’s abs in there somewhere after all.
Click to expand...

Oh wow….just looked around and realised I am surrounded by gym queens. Goddess O’clock!

Oh wow….just looked around and realised I am surrounded by gym queens. Goddess O’clock!

You know they just realized they were in the presence of a nordic god as well!
Live Hard, Laugh Hard, Love Hard and Heal Fast! - KLEEN
Current Training Log -​
http://anabolicminds.com/forum/workout-logs/276206-kleen-strong-body.html

Deadlift: worked up to 250kgx1, then 220kgx3. My intention was to hit 5 triples with 220kg after a heavy single but feeling incredibly fatigued this morning and 250 was an absolute struggle. Think I’m getting sick - can’t bring myself to take off my hoodie.

almost walked out, but decided to hit the stair machine for 5min, and this flushed me out nicely, so did some light back work:

Wait you just pulled 550 on Sunday; why did you go back up to a circa maximal single so soon? You are probably still recovering from that last one.

Hyde said:
Wait you just pulled 550 on Sunday; why did you go back up to a circa maximal single so soon? You are probably still recovering from that last one.
Click to expand...

Yeah, it was def a bad idea this morning

So much for this plan:

BennyMagoo79 said:
350mg test, 280mg deca, 210mg tren and maybe an oral like anadrol or anavar. Plan is to get down to around 15%bf at n the first 6 weeks with limited volume high intensity focus, then switch gears and shoot for PRs with 4000cal/day for 10weeks.
Click to expand...

I am 4 weeks into this blast and have done the exact opposite!

started tracking food on Wed and thus far averaging 319p, 222c 102f for 3163 cal. Eating lots of beef, salmon, high protein yoghurt and whey protein. Aim is to maintain this diet for the next 2weeks while in Brisbane. If I go away again I’m taking a microwave and stocking up on MyMuscleChef meals rather than eating camp food.

food prep for lunches this week.

How do you like to prepare the canned salmon and what do you eat it with?

Hyde said:
How do you like to prepare the canned salmon and what do you eat it with?
Click to expand...

I just eat it straight out of the tin, usually around 1pm. Keeps me full til dinner.

Monday 27th June
I enjoyed a very restful weekend! Watched some movies with my wife and kids, caught up in household chores, did lots of mobility and tissue work, and even a couple of jujitsu circuits with my son. Stuck to my food plan also, yesterday fasting until 1pm then feasting on beef, lamb and fresh salmon. Feel great this morning!

it’s Goddess O’clock!!! Seriously, this is out of control. Also, been running cardarine last few days and swear I can feel it this morning! Must order more. That cardarine feels real nice though. Necessary with that beast

Lol androgens can have a way of turning 4s & 5s into 7s & 8s. Or maybe more accurately, a total disregard for the scale. If it breathes, you’ll take a look

Hyde said:
Lol androgens can have a way of turning 4s & 5s into 7s & 8s. Or maybe more accurately, a total disregard for the scale. If it breathes, you’ll take a look

completed in 55min (have to get to other side of town for work today!) 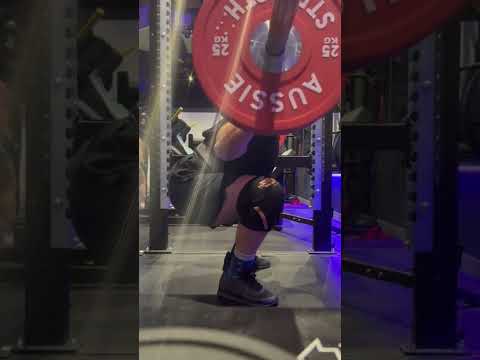 I would redlight the 2nd & 4th reps. 3rd was definitely the best, and what you should consistently work to as you can.

This is massive progress man; it’s awesome to see you back in the hole!

Thanks for the confirmation fellas!

it sure feels good getting back in the hole. It’s like scratching an itch I haven’t been able to get to for a long time!

BennyMagoo79 said:
Thanks for the confirmation fellas!

it sure feels good getting back in the hole. It’s like scratching an itch I haven’t been able to get to for a long time!
Click to expand...

Everyone loves getting it in deep!

Woke up this morning feeling absolutely trolleyd. Took an easy sesh today - no weights just mobility work with some KB movements - and checked skin folds and body weight. Skins are down quite a bit: 36mm ab, 14mm thigh, 12mm chest. BW also down to 115.5kg (254Ib). I’ve averaged 2838cal/day for the last week, split 305g p 191c 86f. Things are moving in the right direction for some recomp.

“Trolleyd” added to my vocabulary. Thank you lol. I love this word.

SkRaw85 said:
“Trolleyd” added to my vocabulary. Thank you lol. I love this word.
Click to expand...

You know, that hit by a trolley/bus/train feeling

Hyde said:
You know, that hit by a trolley/bus/train feeling

I am trolley-less in my region. A dam shame.

Would “lorried” also be applicable?

SkRaw85 said:
Would “lorried” also be applicable?
Click to expand...

It’s been a physically challenging 48hrs. Wed night I was sick, massive fever with flu symptoms and diarrhoea, thought I was going to be in serious trouble, but then it cleared up by yesterday morning and somehow I found the energy to pull off a 6m3 concrete pour for a driveway restoration. This morning I am feeling sketchy, and I’m puffy AF especially around the chest despite no hard bumps or nipple sensitivity (prolactin?). BW 115kg this morning.

Took yesterday off to spend some quality time with ny family. My wife’s workplace was closed this week and the kids are on school holidays so it was the perfect moment. The only drama was I don’t fit any of my shirts now. The only wearable one (ie buttons didn’t pull apart around the chest) was still uncomfortably tight around the shoulders. I felt uncomfortable in public, which is unusual for me who usually spares no fucks for such. On reflection, I think it might be time to pop a little caber, starting to feel excessively emotional and vulnerable.

Deadlift: warmed up to 200kgx5 with straps. Found my chalk this morning, so ditched the straps and completed another 4x5 with 200kg hook grip. RPE went from 9 to 7 with hook grip, and hands easily stood up to it. 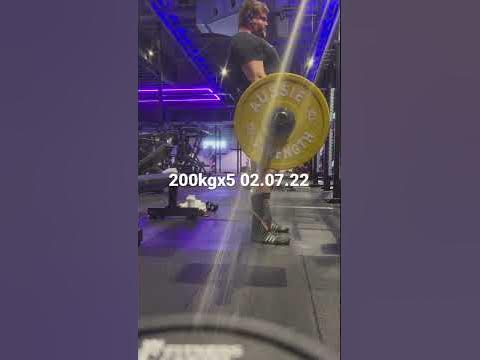 Happy Independence Day to my US bros.

Took today off work to make for a 4 day weekend. Sleeping in and cuddles with my family have been really nice on these shortest and coldest days of the year.

did some horizontal jumps for warm up and was a little shocked at how far and how easily I was able to jump today. Right ankle mobility gains are real.

squats today, focusing on maintaining my brace in the hole.

High bar back squat, paused with belt: 3x5 with 120kg. Not quite getting depth today, right ankle is swollen and unwilling.

BW 116kg, ski folds unknown - my daughter has stolen my calipers again! She checks her dolls’ ski folds with them…

How’s the doll skin folds coming in? This could be some stiff competition between you two!

SkRaw85 said:
How’s the doll skin folds coming in? This could be some stiff competition between you two!

Putting this here where it belongs:

The days are ticking by while I enjoy my kids’ time at home from school. Next week will be busy so I’m happy to take this mini holiday. Yesterday I left the office at 10am and we watched minions before I took my boy to a birthday party. There were lots of Dads there from school, six of them belonging to the local rugby club so we played a game of touch with the boys that mutated into a little game of sevens with dads only. It got rough, and all the dads who play were on the on one team being absolute jocks. I was being gentle until I got pincer tackled by two of them, with one of them asking, “are you ok old man?”. I saw red. I could feel every blood vessel in my body dilate at the same time and there was no pain as I picked myself up and returned to the start line. None of these guys are within 30kg of me in BW, and we were playing a backyard where there was nowhere to run, and playing bare foot which gives the heavier guy a massive traction advantage. I might as well have been playing with kids - at one point I picked up one of the dads who tried to tackle me and threw him at another incoming dad. The whole time I was growling and spitting and laughing maniacally. I scored 3 tries and defended against several. We stopped playing once the score was even, it was like a truce lol. Covered in bruises today and right ankle is trashed, but I feel like it was a great chiropractic session - body feels unified. 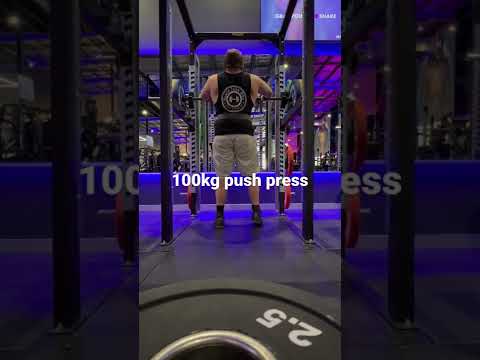 Incline db press 25kg 3x10, 1x16. Allhalf reps: the goal is to build strength off the front rack so only repping the bottom half of the press here.

Yesterday I felt like I’d done a round with Mike Tyson 5min prior to being run over by a bus. Spent the day in town with my kids, visiting the museum, art gallery and State Library while my wife worked on a display for a homewares show this weekend. Feeling nicely recovered this morning.

Out early today - have a quick job to do.

Looks my AI resupply has fallen through. Will revert back to light cruise protocol until I can restock. I have enough exem to wind things down safely but not enough to finish blast.

Congrats on the PR!

Congrats on the deadlift work! Sounds like a Dad day with the kiddos was just what everyone needed!

Way to give those dads exactly what they needed on the field!
“Care for the flock that God has entrusted to you. Watch over it willingly, not grudgingly—not for what you will get out of it, but because you are eager to serve God. ... lead them by your own good example.” 1 Peter‬ 5:2-3‬


bench press, oly bar paused: worked up to 140kg 3x3. Form was inconsistent - need practice with heavier weight - but I was able to complete all 3 sets quite easily.

First day at cruise dose, I’m running test e at 175mg/week with tren at 140mg/week. Hoping to use low dose tren for cortisol suppression while I get a bit more aggressive with cut.

You going to take any pics pre cut to see where you are starting from?
Live Hard, Laugh Hard, Love Hard and Heal Fast! - KLEEN
Current Training Log -​
http://anabolicminds.com/forum/workout-logs/276206-kleen-strong-body.html

MrKleen73 said:
You going to take any pics pre cut to see where you are starting from?
Click to expand...

I have already - I’m all tits and flabby bits. I’m going out west tomorrow for a week before a 4 night family holiday so not sure if I’m at my starting point or not!

Tuesday 12th July
I feel great today. Lost a lot of fluid over the last 24hrs, BW down to 115kg which I’m attributing to the androgen reduction. I have noticed on this blast that every injection day (EOD) seems to pump me up a little. Yesterday ai felt the opppsite.

Back squat with hip bandworked up to 140kg 2x5, 160kgx5, 140kgx5. Felt like the band was helping balance my flute activation after I noticed last week my left leg flaring out more than my right and left glute 60 vid below: 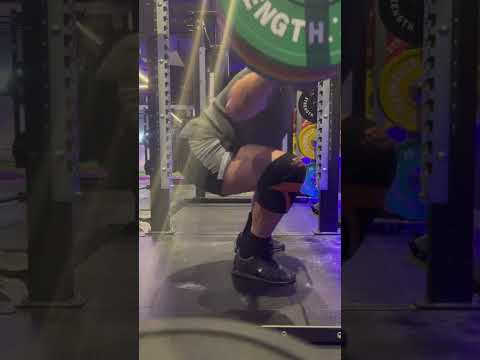 Belt squat: 80kg 3x10 ATG even with no squat shoes