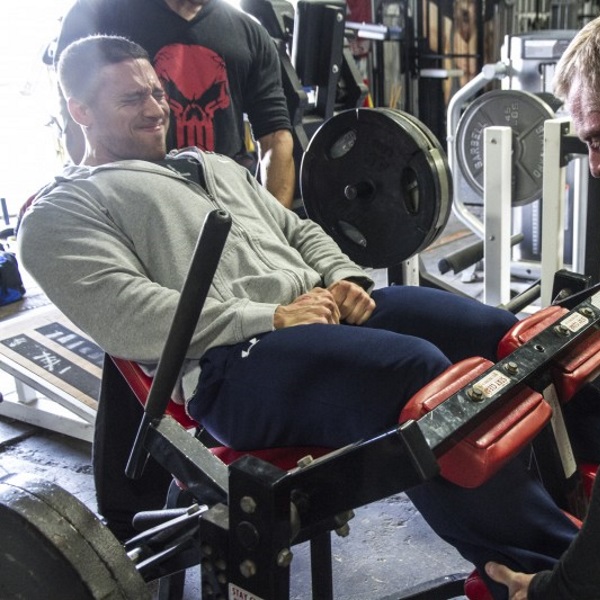 We as an industry have always been part of the perpetual cycle of training methods. At some point, very early on, we ran out of different training ideas and since have been attempting to essentially reinvent the wheel. This isn’t necessarily a “bad” thing, in that we all want to make sure we are maximizing our training, thus maximizing our muscle gains. But let’s be honest here — training isn’t rocket science. Where the advancements in nutrition and supplementation continue to evolve, training is quite simple: create a stimulus that your muscle hasn’t seen before and the muscle will be forced to adapt and grow.

I won’t go back much further than the Arnold days, because even the oldest of the old bastards reading this weren’t training prior to the Arnold Era. Arnold’s approach, and the approach of most at that time, was higher volume and higher frequency. It was not uncommon for most people to train six days a week for two to three hours a day. There were exceptions, like Mentzer’s very low volume, total-body workout involving only one set to failure, but this was certainly not the norm.

As the high-volume Arnold Era came to an end in the early 80s, the main change to training was rep ranges. Lee Haney was a big influence on the idea of “stimulate, don’t annihilate” and was a proponent of the 6-8 rep range. His mantra repeated over and over on his TV show (yes, bodybuilding was actually on TV in the 80s, if only briefly) only proved that high intensity was not the name of the game at that time, and rep ranges had changed from higher repetition ranges during the Arnold Era (typically 10-15) to the lower rep ranges of 6-8. At the risk of sounding presumptuous, I think we can all agree that the lower rep ranges also ushered in the idea of slightly heavier training vs. the higher repetition ranges previously used.

Enter the 90s and training changed yet again to very high-intensity, low-volume work (HIT) popularized primarily by Dorian Yates. This was a time of tremendous muscle growth due to maxing out effort and recovery between sessions, but it unfortunately, maximized injuries as well. In fact, Dorian’s bodybuilding career was arguably cut short due to his injuries. You can only tear so many muscles before your physique starts to take on quite a different look.

This high-intensity training phase lasted for quite a while if you consider that it started in the early 90s and continued well after 2000, not climaxing in popularity until well after DC Training (DoggCrapp Training) had also run its course (and that was after 2010). The industry was ready for the next new training style and growing quite bored of the high-intensity, low-volume phase. Is there a new training concept that has yet to be “invented” or discovered? Yes and no. First, the no.

No, because the transition away from high-intensity, low-volume training was to cycle back to higher volume work much like the Arnold days. They say everything cycles back around whether it be clothes, music or…I guess training styles. Most of the more popular training systems after 2012 involve higher volume training with more training days during the week — Mountain Dog Training, to name just one. Personally, I’m a big fan of higher volume and longer workouts because I find there are fewer injuries, aches and pains. You can argue that the training protocols that create the most muscle growth are the same protocols that create more injuries — and you might be willing to take that risk, but I am not. I would much rather progress at a slightly slower pace and not risk injuries that not only sideline progress, but could potentially take me out of the game for good.

Now the yes. As much as this current phase started by going back to higher volume and essentially starting the cycle over, there is a much different attempt at reinventing the wheel currently and I am not a fan, at all. I call the current training phase we are in, “Make up dumb shit so that your training protocol seems so much more hardcore than the next guy’s.” It has become ridiculous and an ego contest to see who can come up with the most absurd workouts with absolutely no regard for recovery. The hardest workout is not the best workout, because we are all limited by our recovery abilities. To train above your recovery ability—no matter how badass you might look in a video on Instagram—is a giant WASTE OF TIME and will not only not have you progressing in the gym and building more muscle, but could have you regressing instead.

There is no science involved with this new approach and it takes absolutely no experience to put together a workout for legs that will make someone cramp and/or puke their brains out. Where is the line? If I say do 25 sets of squats for 25 reps each with only 25 seconds rest between sets (obviously I have created the 25/25/25 leg training protocol), you can just come up with 100/100/100. You win. Your workout is harder than mine, never mind that neither of us is likely to recover from these workouts unless we are only doing them once per month.

I can appreciate those that want to train their asses off. I am old school and love to train long sessions with heavy weights and destroy the muscle I am training at each session. However, I have way too much shit to do in a day and I drive almost an hour to the gym both ways. I am damn sure not going to waste any time in the gym if I am not growing or not recovering. Again, training is not rocket science. Create a stimulus that the muscle is not used to and it will be forced to adapt. Anything above that is a waste of time and a risk of injury. It is very possible that Lee Haney had it right: “Stimulate, don’t annihilate.”