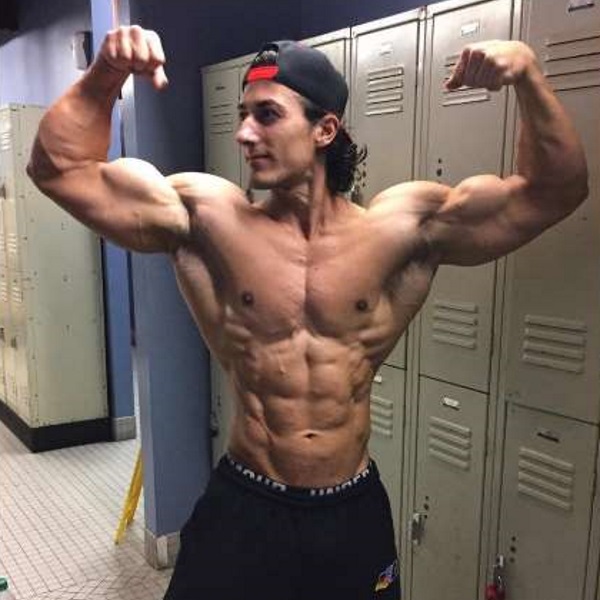 Filling out the sleeves of your shirt with big, defined arms should be one of your top bodybuilding goals. Nothing shows manliness like a pair of well-shaped guns. Sadik Hadzovic, being one of the best physique model competitor in the world, is surely the right guy to ask on how to achieve this look. Here’s a list of 5 tips he uses to get bigger biceps:

Many think that you only need to do the classic underhand biceps curl to exhaustion in order to get the rounded full biceps look. That’s not what Sadik thinks. He suggests that the way you get that peak in the biceps is by attacking it from multiple angles. The biceps consists of three parts, the short head, the long head and the brachialis. To get a well-proportioned, full look, work all of the three main parts.

If you start incorporating different grips while executing the same exercise, you will start targeting different parts of the biceps. Sadik uses probated, supinated and semi-supinated grip and varies it accordingly. Supinated grip actually means that you grip the weight with your palms pointed upwards, probated means you grip the weight with your palms facing down and semi-supinated means that the palms are facing each other when performing the exercise.

Sadik says that this might be an old-fashioned exercise but it still delivers the best bang for your back. Never underestimate its importance. It’s a compound exercise that involves multiple muscle groups like the biceps, shoulders and back all at the same time.

The EZ bar is mainly used because it poses a lot less stress to your wrists and enables to curl heavier weights at the same time. Sadik suggests that you switch your grip on the EZ bar as well, particularly on its outer and inner grips so that you can again target different parts of the biceps. It’s no coincidence that it has two grips.

Sadik is known not only to alternate the grip position, but also the width of his grip. If you want to target the short head of the biceps, grab the bar with a grip slightly beyond the width of your shoulders.