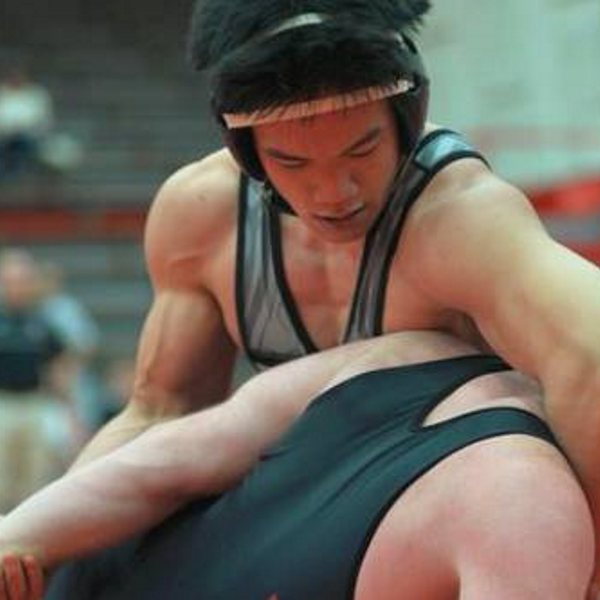 One of the most frustrating experiences in sport happens when you realize that you aren’t competing to your potential. All that hard work while having nothing to show for it will break anyone. Until I found the answer, it broke me and left me in tears.

When I wrestled in high school, I started to notice that I performed better in practice than in competition. My mental development simply could not keep up with my physical and technical development at the time as I had devoted hours upon hours of training and analyzing the wrestling greats. However, I had neglected to develop myself psychologically, and this was mostly due to the fact that the mental aspect of the sport was not a largely discussed topic at the time. As a result, my performances seemed almost forced and I couldn’t compete to my fullest potential. I felt as if I were driving a car with the emergency brakes on.

It became clear to me that I had an issue when I repeatedly failed to execute techniques that I had practiced and done so effortlessly during practices. In competition, none of my attacks felt as smooth and crisp as they had felt in training. Instead, I was stuck having to think about how to perform certain moves or how to respond in certain wrestling positions. Against mediocre competition, this was still enough to win. Against a high level competitor, this was the razor-thin margin between winning and losing. Opportunities to attack and score points can be created in fractions of a second or decided within a distance of several inches. Split second moments of hesitation or non-execution could ultimately decide the match, and they did. For a long time, I never seemed to be on the winning side of these decisions.

The Role of Sports Psychology
For several years, I had no idea what was wrong and how to fix my issue. I simply thought that I was not “good enough.” Occasionally, I would have performances that my coach would call “flashes of brilliance” in which my performance actually reflected what I was truly capable of. Unfortunately, these performances were rare occurrences and instead of improving, my performance anxiety got worse. My sub-par performances would bring me to tears, and I was miserable.

At one point, I had gotten so frustrated by my own performance that in a crying fit, I repeatedly punched a trash can in the visiting team locker room. My knuckles were bruised purple for days afterward. Eventually, I couldn’t handle it anymore and knew that I had to do something.

At the end of my second competitive season in college, I realized that I needed to understand sports psychology and performance psychology. This led me to pick up Josh Waitzkin’s book, The Art of Learning, where I learned about the inner workings of a world class performance.

After taking serious notes, I immersed myself in a series of different mental exercises in order to reach the inspired mental states in which world class performers seemed to perform their craft effortlessly. I found peak performance examples through other combat sports and disciplines in which the performers seemed unstoppable. How was this possible? The answer came to me in the form of mindfulness practice and meditation.

Consistent guided meditation was my answer. As a gift from a local sports psychologist, I received a sports visualization CD for peak performances. When I first tried this, I felt peace and clarity of mind that I had never felt before—and it was a wonderful feeling. However, I was unable to consistently carve out 30 minutes out of my day to listen to this CD, so I searched for a shorter alternative. A guided meditation app gave me exactly what I was looking for—short and sweet meditation sessions at my convenience. This became a staple in my daily routine, and I still meditate to this day.

The Role of Guided Meditation
Clearing my mind and clarity of focus led to new heights in my performances. During an off-season tournament that I attended with a few friends, I felt liberated. Instead of performing one attack at a time, I was able to fire off combinations of multiple attacks at once. I had removed the emergency brakes that had prevented me from competing to the best of my ability. Those split-second moments of hesitation were finally gone, and mindfulness had finally set me freeto perform to my potential on the wrestling mat.

For the first time, I tried breathing exercises and visualization before my matches in order to bring my mind to the present moment—no anxiety, no emotional baggage, and no stress. The psychological noise had subsided and I delivered the best performance of my entire wrestling career. This became a good sign of things to come as I was finally able to enjoy and be present in every moment of competing. At last, the chains that held me down were broken. Finally, I was free.