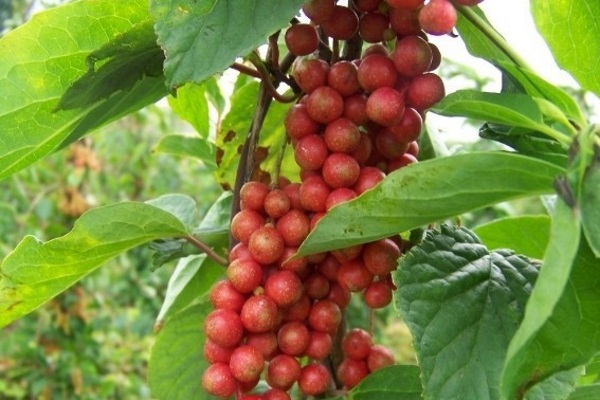 An extract of Fructus Schisandrae, the dried fruit of the Asian climbing plant Schisandra chinensis, protects muscles from atrophying. Korean researchers have written about the experiments in which they gave mice injections of the corticosteroid dexamethasone in the International Journal of Molecular Medicine. High doses of Fructus Schisandrae work almost as well as a monster dose of the anabolic steroid oxymetholone.

Study
The Koreans’ experiment lasted 24 days. From day 14-24 the researchers injected most of the mice daily with the muscle-mincing corticosteroid dexamethasone. They did this to imitate situations in which muscles break down more rapidly as a result of overexertion, poisoning, illness or aging.

Some of the mice were given 50 mg per kg bodyweight of the steroid oxymetholone daily from day 1. The human equivalent of this dose would be about 500-600 mg per day, which is a ridiculously high amount. The steroid was given orally.

Other mice were given 125, 250 or 500 mg per kg bodyweight of an ethanol extract of Fructus Schisandrae [FS] daily from day 1. The human equivalent of these doses would be about 1500, 3000 and 6000 mg per day. Traditional healers give the lowest dosage to people with a weak condition. The lowest dose is also what supplements manufacturers advise athletes to take.

A control group was given no active substances. [Intact vehicle]

Dexamethasone reduced the concentration of antioxidant enzymes in the muscle cells, but oxymetholone and Fructus Schisandrae inhibited the reduction. [Table]

Lastly, dexamethasone boosted the synthesis of catabolic muscle proteins such as myostatin, MuRF-1 and Atrogin-1. And once again, oxymetholone and Fructus Schisandrae reduced this effect to a large extent.

Conclusion
“The results from the present study support a favorable ameliorating effect of Fructus Schisandrae on muscle atrophy induced by dexamethasone […] that may be due to an increase in protein synthesis and a decrease in protein degradation”, the Koreans concluded.

The highest doses that the Koreans tested may not be safe for humans. But it might be possible for athletes to inhibit muscle atrophy by combining reasonable doses of Fructus Schisandrae with anticatabolic substances such as curcumin or HMB.