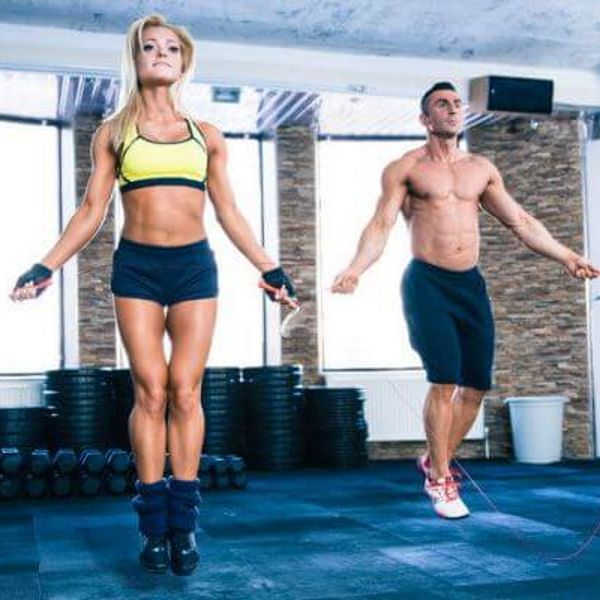 It has been debated for decades and still, the Australian researchers Daniel Hackett and Amanda D. Hagstrom are the first to attempt to answer the question “whether training in fasted compared to fed states leads to greater weight loss and whether this practice results in beneficial or detrimental changes in body composition” (Hackett 2017) by the means of a systematic review and meta-analysis.

How’s that? Well, if I tell you that Hacket & Hagstrom found only five RCTs to be included in their analysis there’s probably no longer a need to answer this question.Want to get stronger, bigger, faster and leaner? Periodize appropriately!

The scientists included all studies that were (1) randomized and non-randomized comparative studies; (2) published in English; (3) included healthy adults; (4) compared exercise following an overnight fast to exercise in a fed state; (5) used a standardized pre-exercise meal for the fed condition; and (6) measured body mass and/or body composition. Risk of bias in individual studies was assessed using the Cochrane risk of bias tool.

There were a total of 96 participants (60 males and 36 females) aged 21–27 years (Table 1). Three studies included only male participants  while the other two studies had only female participants [19,20]. The majority of participants had an exercise background such as track and field  or regularly played sports . Participants for one study were described as being previously sedentary. The exercise interventions involved 3–4 supervised sessions performed over 4–6 weeks. High intensity interval training (cycling) was performed in one study, continuous cycling in three studies, and continuous treadmill exercise in one study” (Hackett 2017).

The inter-group effect sizes  for the interventions on body mass for the combined, male, and female analyses were trivial (ES = 0.02 to 0.05) with no significant difference between interventions
That’s bad news for fasted cardio advocates, but it’s also bad news that the most important analyses, i.e. that of changes in % body fat and lean mass could only be performed on females because the studies that included males only did not include these outcome measures.

Table 1: The effects of fasted versus fed exercise on weight loss and composition (Hacket 2017).

The results of the analysis of the pooled data were quite disappointing, anyway – here’s a summary:

And no, in the absence of heterogeneity between studies (I2 = 0%), there’s little doubt that – if there’s an effect (and I don’t doubt that you may have benefitted repeatedly), it is probably of behavioral origin (e.g. if you do fasted AM cardio, you actually do it and don’t skip your planned PM sessions; if you do fasted AM cardio you usually have breakfast afterwards – especially, if you’d do that anyway doing it this way around may protect you from post-cardio hunger pangs; etc.).

So what do you have to know? While “fasted cardio” may work as a charm on psychological/behavioral grounds, there’s no evidence to believe that there are systemic physiological benefits to training after an overnight fast.

In that, it is worth considering that the data in pertinent studies show minimal changes in body mass and composition following aerobic exercise interventions in both fasted and fed states, anyway.

The notion that you can use a lot of cardio to get jacked is thus – at least in the absence of appropriate caloric restrictions – futile undertaking and that has to be said about both doing it in the fasted and fed state.

That’s also why the authors of the meta-analysis at hand are right, when they conclude that their “findings support the notion that weight loss and fat loss from exercise is more likely to be enhanced through creating a meaningful caloric deficit over a period of time, rather than exercising in fasted or fed states” (Hackett 2017). Hackett & Hagstrom are yet also right that “due to the limited number of studies and hence insufficient data” we got to be careful w/ our interpretation of the data.

Moreover, if fasted cardio has worked to your advantage in the past – be that for psychological and/or behavioral reasons – even a meta-analysis won’t change that. After all, doing cardio on empty can be one building block of your strategy to achieve the “meaningful caloric deficit” of which Hackett & Hagstrom rightly point out that it is the cornerstone to any fat loss regimen