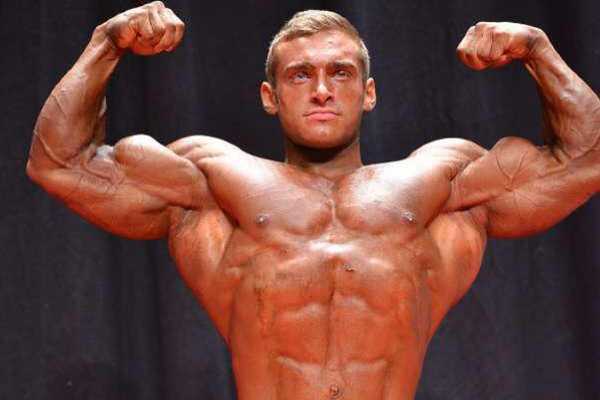 The second youngest IFBB Pro has time on his side.

The NPC USA Championships took place this past weekend in Las Vegas Nevada. The show saw a number of bodybuilding hopefuls take to the stage in an effort to officially obtain their pro cards to become members of the IFBB. Amateur bodybuilders from around the country put all their training, hard work, and sacrifice on the line and made the trek to Las Vegas hoping to prove their worth as potential pro bodybuilders.

Getting a pro card is no easy task and is official proof of not only the hard work a bodybuilder has put in, but the dedication they have for the craft. There are plenty of people out there with the potential to become pro bodybuilders, but few of them ever reach that potential often times falling just short of obtaining a card. Even when some do get their pro cards, few of them actually go anywhere with the achievement, often times burning out before their potentially perfect form is ever realized. But every so often there is a young athlete that comes along and shows the competitive drive to take things to the next level.

Cody Montgomery is a name that has been mentioned on this website a number of times before. He’s a young up and comer that seems to have all the qualities you’d look for in a bodybuilding athlete looking to put his stamp on the sport. He works hard, trains hard, and has a clear passion for bodybuilding. Well, to anyone wondering if Montgomery would ever reach his potential this past weekend answered that question pretty clearly.

Cody won out in the heavyweight and overall classes at the NPC USA Championships and has officially obtained his pro card. Take a look at the video below and Montgomery’s powerful reaction to the moment that would make him the second youngest IFBB athlete to ever win a pro card.