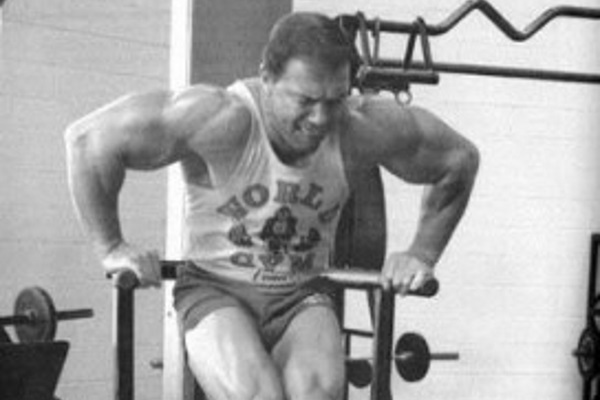 Sometimes old school training is the best kind of training.

Having a muscular chest is the key to having an impressive physique. No man ever really wants to have man boobs. It’s perhaps one of the worst features to have as far as the male form is concerned. Most men want to have a flat chest that appears chiseled and powerful. For a bodybuilder it’s one of the must-train body parts that can help to bring your physique together in a nice package.

With so many men looking to improve their chests, their have been many exercises created to stimulate development of the pecs. In terms of building meaningful muscle mass the key has always been, you guessed it, variation. Plateauing is a real thing, a constant worry to bodybuilders who don’t want to waste time working hard if they’re not going to see some results. When you hit a plateau, rather than just continue doing the same exercise over and over, your time would be better served with discovering a new method of training.

When you begin to hit a plateau with your pecs then it’s time to switch up you chest routine. Forget about the bench press or the dumbbell flye. Instead try performing the Gironda Dip for improved chest stimulation. The dip is one of the most popular classic exercises around. Vince Gironda, also known as the Iron Guru, had his own take on the classic exercise. He may have had a few controversial theories regarding exercise and fitness, but when you consider how impressive his physique was, it’s hard to call his theories mere bro-science.

Gironda’s dip variation is a bit different than the movement that many bodybuilders are accustomed to. His method of performing dips required you to have a wider grip on the parallel dip bar. You have to tuck your chin down to your chest, have your feet pointing out forwards, and also have a rounded back while doing the movement. Gironda claimed that performing dips this way would ensure a great workout for your pecs. Take a look at the video below from Critical Bench to get an idea of just how exactly you should be performing this exercise.

Can this change your chest development forever? That’s up to you – but truly it’s an alternate exercise that can help break through that plateau. Is the Gironda Dip apart of your chest day routine? Let us know in the comments below