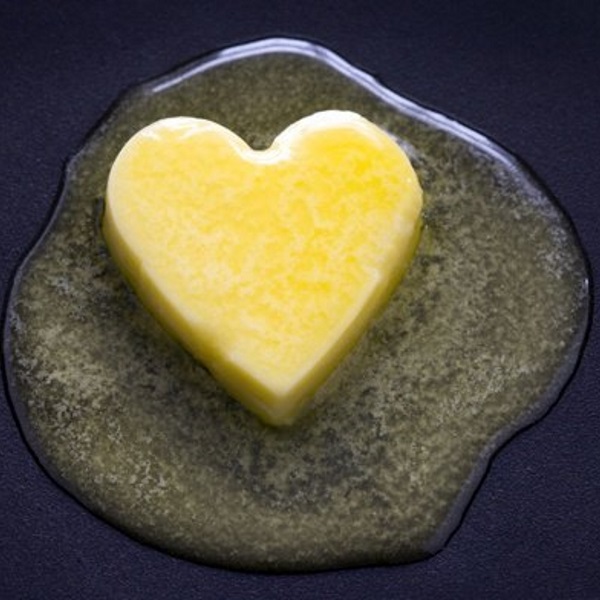 The health effects of saturated fats are a controversial topic.

In the past, saturated fat was widely believed to be a major cause of heart disease. Today, scientists are not so sure.

However, one thing is clear: saturated fat is not a single nutrient. It is a group of different fatty acids with varying effects on health and metabolism.

This article takes a detailed look at the most common saturated fatty acids, their health effects and dietary sources.

What Is Saturated Fat?

Saturated fat is one of the two main classes of fat, the other being unsaturated fat.

These groups differ slightly in their chemical structure and properties. For instance, saturated fat is generally solid at room temperature, while unsaturated fat is liquid.

All fats are composed of molecules called fatty acids, which are chains of carbon atoms. The different types of saturated fatty acids can be distinguished by the length of their carbon chains.

Here are the most common saturated fatty acids in the human diet:

It’s rare to find saturated fatty acids other than these in the diet.

These are produced when gut bacteria ferment fiber. They are created in your gut from the fiber you eat and can also be found in trace amounts in some fermented food products.

How Does Saturated Fat Affect Health?

Most scientists now accept that saturated fats are not as unhealthy as previously assumed.

Evidence suggests they do not cause heart disease, although their exact role is still being debated and investigated (1, 2).

However, replacing saturated fat with unsaturated fats, such as omega-3s, may reduce the risk of heart attacks (3, 4).

In comparison, replacing saturated fat with carbs doesn’t provide any health benefits and even impairs the blood lipid profile. This is a measurement of the levels of lipids in your blood, such as cholesterol and triglycerides (5).

Although it is clear that some saturated fats may raise the “bad” low-density lipoprotein (LDL) cholesterol, the association between cholesterol levels and heart disease is a bit more complex than that.

For instance, saturated fats raise the levels of large LDL cholesterol particles, which are not as strongly associated with heart disease as those that are smaller and denser (6, 7).

For more information on the issue, read this article.

Bottom Line: Saturated fats are not as harmful as previously believed. Growing evidence suggests there are no strong links between saturated fat and heart disease.

Stearic acid, which consists of 18 carbon atoms, is the second most common saturated fat in the American diet (8).

Research shows that stearic acid is partly converted to oleic acid, a healthy unsaturated fat, within the body. However, according to some estimates, the conversion rate is only 14% and may not have much relevance to health (12, 13).

The main dietary source of stearic acid is animal fat. The levels of stearic acid are usually low in plant fat, with the exception of coconut oil, cocoa butter and palm kernel oil.

It does not appear to raise the risk of heart disease. This seemed to be true even in a study of people whose stearic acid intake constituted up to 11% of their total calorie intake for 40 days (9).

Bottom Line: Stearic acid is the second most common saturated fat in the American diet. It appears to have neutral effects on the blood lipid profile.

Palmitic acid is the most common saturated fat in plants and animals. It is 16 carbon atoms long.

The richest dietary source is palm oil, but palmitic acid also makes up approximately a quarter of the fat in red meat and dairy, as shown in the chart below.

High levels of LDL cholesterol are a well-known risk marker of heart disease.

However, not all LDL cholesterol is created equal. More accurate markers of heart disease are the presence of a large number of LDL particles and of small, dense LDL particles (15, 16, 17).

Additionally, when other fatty acids, such as linoleic acid, are eaten at the same time, they can offset some of palmitic acid’s effects on cholesterol (19).

Palmitic acid may also affect other aspects of metabolism. Studies in both mice and humans indicate that a high-palmitic-acid diet may adversely affect mood and reduce physical activity (20, 21).

These aspects of palmitic acid need to be studied further before clear conclusions can be reached.

Consuming myristic acid causes a significant increase in total cholesterol and LDL cholesterol compared to consuming palmitic acid or carbs. However, it doesn’t appear to affect levels of HDL cholesterol (11, 25).

These effects are much stronger than those of palmitic acid. Yet similar to palmitic acid, myristic acid appears to increase the levels of large LDL particles, which many scientists consider to be less of a concern (6).

Myristic acid is a relatively rare fatty acid, not found in high amounts in most foods. Yet certain oils and fats do contain decent amounts, as shown in the chart below.

Lauric acid is 12 carbon atoms long, making it the longest of the medium-chain fatty acids.

It raises the levels of total cholesterol more than most other fatty acids. However, this increase is largely due to an increase in the “good” HDL cholesterol.

In other words, lauric acid reduces the amounts of total cholesterol relative to HDL cholesterol. These changes are associated with a reduced risk of heart disease (27).

In fact, lauric acid appears to have more beneficial effects on HDL cholesterol levels than any other saturated fatty acid (11).

Lauric acid makes up approximately 47% of palm kernel oil and 42% of coconut oil. In comparison, other commonly eaten oils or fats contain only trace amounts of it.

Bottom Line: Lauric acid is the longest medium-chain fatty acid. Although it raises total cholesterol significantly, this is largely due to an increase in HDL cholesterol, which is beneficial for health.

Their names are derived from the Latin “capra,” which means “female goat.” They are sometimes referred to as capra fatty acids, due to their abundance in goat’s milk.

MCFAs are metabolized differently than long-chain fatty acids. They are more easily absorbed and transported straight to the liver where they are rapidly metabolized.

Evidence suggests that MCFAs may have the following benefits:

Because of their potential health benefits, MCFAs are sold as supplements, known as MCT oils. These oils usually consist primarily of capric acid and caprylic acid.

Capric acid is the most common of these. It constitutes around 5% of palm kernel oil and 4% of coconut oil. Smaller amounts are found in animal fat. Otherwise, it is rare in foods.

Saturated fatty acids that contain fewer than six carbon atoms in their chains are known as short-chain fatty acids (SCFAs).

The most important SCFAs are:

SCFAs are formed when beneficial gut bacteria ferment fiber in the colon.

Their dietary intake is minimal compared to the amounts of SCFAs produced in the colon. They are uncommon in food and only found in small amounts in dairy fat and certain fermented food products.

SCFAs are responsible for many of the health benefits associated with fiber intake. For instance, butyric acid is an important source of nutrition for the cells lining the colon (37).

Types of fiber that promote the formation of short-chain fatty acids are known as prebiotics. They include resistant starch, pectin, inulin and arabinoxylan (38, 39).

For more information on the potential health benefits of SCFAs, read this article.

Bottom Line: The smallest saturated fatty acids are known as short-chain fatty acids (SCFAs), which are formed when friendly bacteria ferment fiber in the colon. They have many potential health benefits.

Not all saturated fat is the same. Its health effects vary depending on the type.

Although certain types of long-chain saturated fat may raise your levels of “bad” LDL cholesterol, no strong evidence proves any of them cause heart disease.